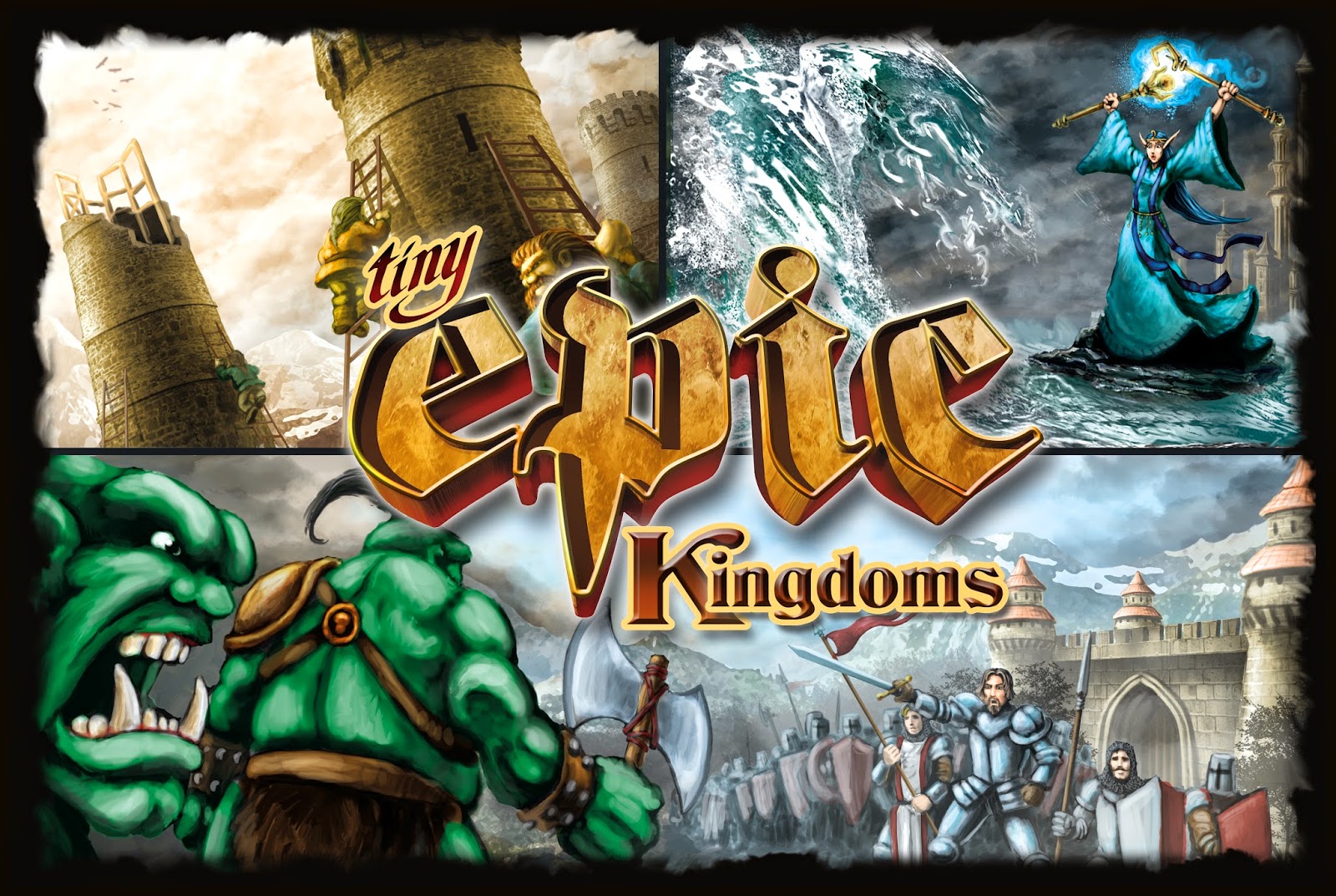 Mike: So we had an idea that on a Friday we would post a review for a “filler” game. Now for those of you that might not know what that is I’ll explain.
A filler game would be something you might play to start, end or fill the gaps between bigger games at your gaming session.
It could also be something you play when you only have a short amount of time like a lunch break.
For me a filler game shouldn’t take longer than 30 minutes to play and be quick to teach. Say five minutes at the most to explain the rules.
I find these games great for breaking the ice at game nights. It’s a great way of getting a group together and talking before playing a bigger more intense game.

David: Yeah fillers are great to play when I come home from school. They are great to take on holiday as well or on a train journey. We sometimes play filler games at half time when watching the rugby on TV. We have lots of filler games we like to play and will be reviewing them in the next few weeks.
Mike: Great, So with that in mind on to our choice filler game for this week.

Tiny Epic Kingdoms will instantly be familiar with anyone who has played a 4x game. In short this stands for Explore, Expand, Exploit, Exterminate and you will need to balance each of these if you want to do crush your foes in this game.
To start each player picks a race. There is a good choice here from 13 races. This allows players to choose a race that suits their style of play. There are the Orcs best suited for war, the Dwarfs who love to build and if you like a bit of randomness the shapeshifters who can be a different faction each time they research.

David: My favourite race was the Orcs as I like to play by attacking the other side. There powers get really strong the more you research in the game. I managed to beat my Dad with the Orcs and smash the puny humans.

Mike: Yes my humans got a kicking from the Orcs they were too interested in shopping for food rather than defending their land.
Once players have chosen a race and been allocated a random starting area. You place your first 2 meeples in a region.
A player then starts and is the active player for the round. They get to choose what they want to do from this list. 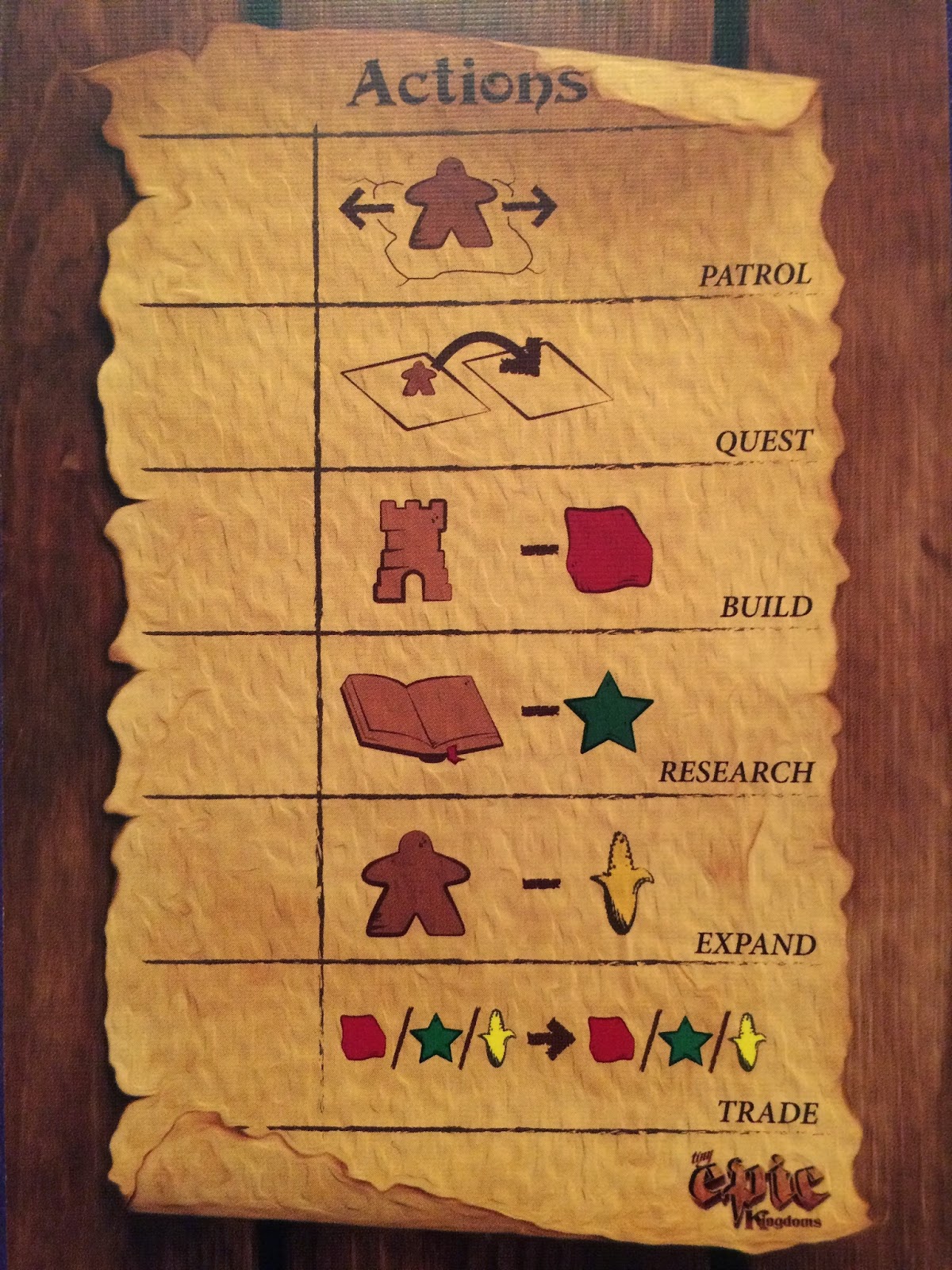 All the other players then choose to do this action or gather resources.

David: The first game I played I wasn’t sure what to as there are quite a lot of options on your turn. It’s difficult to know what to do. But I managed to learn where I went wrong and win my second game.

Mike: For the first few rounds players will expand and research new skills. Eventually you realise I need a bit more resource to achieve my goals and ooh my neighbour has a nice big mountain of ore.

Conflict is resolved with a clever little fighting mechanic where there are 2 dice one each for attacker and defender. However there is no rolling you are going to choose a number on the dice based on how much of your resources you want to commit. This is a really interesting dynamic as a) you need to pay for what you commit so it can be costly and b) you don’t know what the other player will do. Will attack with everything they have or will they offer peace with a knife behind their back?

Play continues until an end condition has been met this could be someone has built the highest tower, researched as much as they can or all of their meeples are in play.
Scores are then added up for building, researching, meeples in play and bonus victory points to determine the winner. All the games I have played have been very close and down to a few points grabbed on the last turn.

We have had some great laughs with this game and it’s a great way to open a game night.

One thing I will point out is that whilst this game can be played with two players which involves a third neutral kingdom that neither player controls. I would recommend playing this with 3 or more as there can be no alliances with two players. This isn’t a bad thing but you do lose a little bit of the tension that can arise with making and breaking alliances.

Overall we enjoyed this so much we purchased Tiny Epic Defenders and are eagerly awaiting Tiny Epic Galaxies to make it to our friendly local game store.